Good news! Women enjoy a man’s body parts just as much as men love the body of a woman.

One guy-approved question that’s often asked is “What is a man’s favorite body part on a woman?”

When I answer this question,  I give a laundry list of the female body parts I really enjoy. And it ranges from the obvious (smile, legs, breasts, butt, and a toned midsection) to the not so obvious (her shoulders, hips, and the small of her back).

But what’s really interesting is when I flip it around and ask a woman what are her favorite body parts are on a man? And somewhat surprising, her answer tends to be pretty standard: 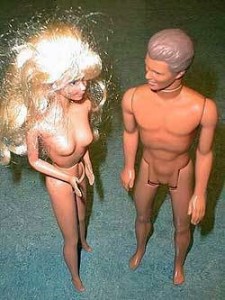 And then I had an idea….

I bought a few bottles of wine, invited half a dozen of my hottest female friends over to my house, sat them down, fed them the wine, turned on my audio recorder and asked my lovely ladies what male body parts turn them on the most!

And before I get into what happened, I want to first throw in some outtakes from my “circle of hot chicks”, because I found their insights to be very informative.

These three body parts didn’t rank in the top five of the list, but I wanted to include them anyway, for it’s not only interesting, but in some cases, HILARIOUS:

The Penis: I was surprised to learn how women truly feel about the penis. I thought my circle of hot chicks would talk about penis size or shape, but that certainly wasn’t the case. Take note, guys:

“Oh, my God. Where do I even start with this? The dick is the one part of a man’s body that’s going to be inside me—if he’s lucky. Yet some guys have the ugliest penises. I’ll be the first to say it: no woman wants a guy who has too much pubic hair. Keep it in check.” –Blair, 27

“I can’t stop laughing because it’s true!  A penis looks a lot nicer when it isn’t covered in hair. Cut the forest back. If I’m giving head, I don’t want to have a mouthful of pubic hairs. No—it won’t even get to that point—because I’ll tell the guy to put his pants back on and go home.” –Melanie, 26

The Lips: I was surprised by how important a man’s lips are—it was a much-talked-about subject with the ladies. Here’s some of what they said:

“Nice lips on a man—yummy! I’m big into kissing—as most women are—and I love a man who takes care of his lips.”—Kiki, 23

“What I find interesting—and I just thought of this—is that women typically don’t want a guy to be feminine… but a guy who takes care of his lips—who uses Carmex or chapstick on them—is going to have nice, kissable lips.”—Elaine, 33

Hands: I had no idea women look at our hands. After all—hands are hands, right? But when you think about it, it makes a lot of sense: women love to be touched, and they love how it feels when a man’s strong hands take over her body. But my circle of hot chicks unveiled something all men must consider, else you might strike out:

“As women, we look at hands. The reason being—well—we like a guy with masculine hands and all, but if we’re going to be intimate, I’m not going to hook up with a guy who has long fingernails because I don’t want those things touching my lady parts. Women are delicate…”—Melanie, 26

“…My friends and I call guys like that Freddy Kruegers. It should be common sense. Freaking cut and clean your nails! We like it when you take care of yourself. It’s sexy. Do it!” —Elaine, 32

I hope you enjoyed those lady-approved tips on three often-skipped over guy parts. And I know you’re  totally about to log off to trim your nails, wax your nutsack hair, and put Carmex on your lips, but before you do that, I know you’re curious to find out the top five body parts a woman finds sexy on a man… 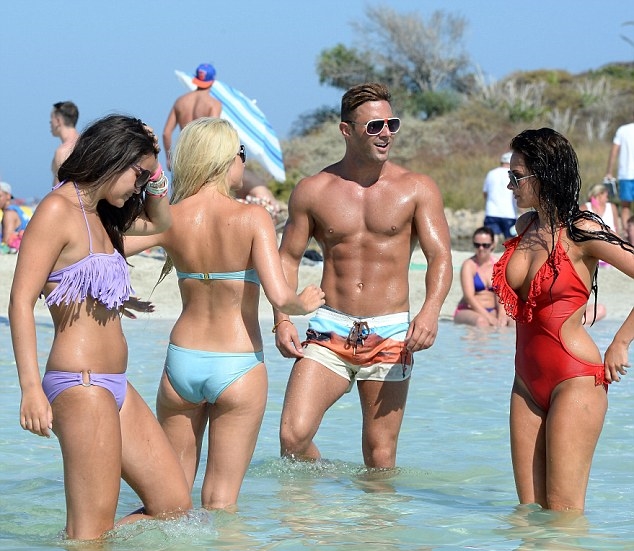 …so without any further ado, here are the top five body male body parts women love, complete with comments from my circle of hot chicks:

#5: A Broad Back: Women LOVE a broad back. Why? Because aside from being masculine, a broad, muscular back gives a man that V-shaped torso the ladies love.

“I don’t know what it is about a muscular back. I just want to touch it and feel the muscles. And then kiss it all up and down. But only if it’s a muscular back.”—Melanie, 26

“I think a broad back is like, super-human. It reminds me of the muscles on a tiger. When a guy is walking on the beach and he has a strong back, the muscles move as he walks. It’s so sexy!”—Elaine, 33

#4: A Broad Chest: You know when you stare at a woman’s chest and wonder what her breasts look like underneath her clothes? Well guess what? Women do the exact same thing to us men! The vast majority of women are attracted to a sculpted chest—especially one with developed pectoral muscles.

“I think us ladies like a chest for the very same reason a guy likes a fit, big-breasted woman—it just looks good….”—Wendy, 26

“…A broad chest on a guy means powerful. And that turns me on. I think women are preprogrammed to want to fuck a guy with pecs. Because that’s what it does to me!”—Blair, 27

#3: Broad Shoulders: Sure—shoulders are connected to the back. But they’re a different body part, and they can be seen from the front, back and side. They’re like the frosting atop a cake—and when you have nice shoulders, you are, in fact, a beefcake.

“I think shoulders are the most underrated body part on a man. They’re just a sign of strength. I love to hug a guy with huge, broad shoulders; I totally feel his shoulders up when we hug! ”—Lauren, 28

“The female species likes shoulders because it’s what we see during missionary sex… when we’re looking up at the guy. And I agree—our hands naturally go for his shoulders during sex. It’s freaking evolutionary, man! ”—Elaine, 32

#2: A Muscular Butt: So women are into pecs and ass, eh? And they call us naughty! It’s ironic the butt ranked #2 on this list, isn’t it? Number two… butt… get it?

OK—that was my attempt at an immature joke. But in all seriousness, women love the butt. And I was somewhat surprised this body part ranked so high, but when I questioned my circle of hot chicks, their answers surprised me even more!

“Whether a guy or girl, I think the butt is so relished because it connects the upper and lower body. And a nice behind on a guy is just masculine. And I want a guy who’s masculine.” —KiKi, 23

“The reason women love a nice ass on a man is because it signifies power. And it’s super hot to have a guy giving it to me missionary and seeing his physically fit, hard butt move up and down as he fucks me. It’s super hot.” —Blair, 27

#1: Ripped Abs It’s no surprise—women LOVE ripped abs. It’s the benchmark of the physically fit, for so few men actually achieve them. I could write more, but I think I’ll let the ladies do the talking….

“If a guy has a gut, I know it’s only going to get worse as he ages. It’s really unattractive…” —Lauren, 28

“…She’s right. Bad abs are a deal-breaker—for me anyways. Abs just do something to a woman. For centuries, nice abs have signified what the ideal man is supposed to look like; and there’s a reason for that—because women have always loved abs on a guy.” —Melanie, 26.

“Let me be completely honest here. Pretty much every one night stand I’ve ever had was because the guy had nice abs. And I literally asked to see his abs at the bar or wherever we were at. Because I like to have sex with guys who have nice, sexy abs. And I’m not afraid to admit that.” —Wendy, 26

And let’s admit this—what men and women are attracted to isn’t a choice—it’s embedded into our DNA—thousands of years of evolution in the making. And although having a lean, muscular body isn’t going to automatically get you laid, it makes it much easier.

But what must a man do to get lean and muscular?

If you’re interested in transforming your body into a build my circle of hot chicks would drool over, check out my article—it covers what you need to do to Get Yourself a Ripped Body by CLICKING HERE!

And if you would like to read how to get a sculpted, ripped body in the fastest and easiest way possible, CLICK HERE.

And if you would like to save some time and check out Kyle’s super beneficial INFORMATIONAL VIDEO, definitely CLICK HERE.