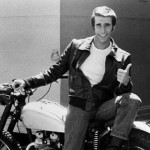 Why Do Women Like Bad Boys? There are many guys out there who claim women only like bad boys. Heck, I used to have this belief. On several occasions, when it came to a female I was REALLY INTERESTED IN she'd never end up with me and instead she'd be with a guy who was considered a 'bad boy'. He typically did at least one of the following things to her: -Treat her with … END_OF_DOCUMENT_TOKEN_TO_BE_REPLACED