Note: The Seduction Mindhacks Live Program is no longer available. Check out my Best Free Dating Secrets Videos of All-Time for free instant access to seduce women BY CLICKING HERE!

Get John and Josh’s entire program with EXTRA BONUSES ONLY AVAILABLE THROUGH HERE by CLICKING HERE! I’m a certified reviewer of this program and in exchange Josh & John are offering my readers extra program bonuses at the lowest price only available here!

Watch the video above to see my review of the Seduction Mindhacks Live dating system. It’s an absolutely HUGE program with tons of video footage and information. What I like is that each program point is shown on video when the system’s creators (Josh and John) are shown meeting women.

I’ll outline my overall thoughts of the program but I suggest you watch my video at the top of this page for an in-depth review of the program. Also, to receive ALL THE BONUSES make certain you CLICK HERE to receive them at the cheapest price. I’m one of only a handful of certified reviewers who was given the link to offer the extra program bonuses to my viewers and not just the basic extras most others offer.

In short, this is a video-based program with hidden camera footage. The program’s creators—Josh and John—go out and attract women using the principals they teach in this program.

Tip: When you enable the closed caption button on the Seduction Mindhacks Live video tab there are notes! These notes offer tips, clarify the interaction Josh and John are having, etc. It’s very useful to activate the closed captions option.

Everything this program teaches is for same-night lays: meaning you go out, meet a woman and if you do what you’re taught you get laid.

Josh and John are nice guys: they’re not afraid to be dorky, and are respectful of women (for the most part). But they’re not very smooth—seriously—just learn their secrets and you’ll probably attract more chicks than they do because at times these guys are boring. They merely know the secrets of approach, attraction, escalation and most importantly—overcoming resistance.

And there isn’t a ton of material to memorize in this program. You quickly realize these guys merely do a few things correctly and well and they do it over and over to pick up different women and it works.

And it’s stuff I never considered. These guys definitely think ahead and have it planned so when a woman tries to talk herself out of going home with Josh or John they have an answer to continue the process of getting her to go home with them. 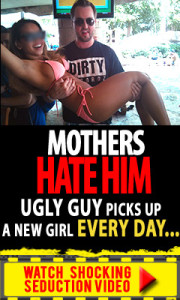 I won’t disclose many of the secrets inside this program but one secret tip John loves to perform is having a staring contest with a woman so he can “eye-fuck” her. This is a fun little game that also creates a bond between he and the woman. I’m definitely going to adopt this game into my arsenal of seduction.

A lot of guys are terrified of the idea of approaching a woman. In fact, some guys are good with women but still fear the approach. Well, if Josh and John can do it you can too. I would advise you click the link at the top of this page to order the program. Doing so will get you all the extra bonuses and if you don’t like the program it comes with a 100% money-back guarantee.

Josh and John talk with women like they’ve known them and are completely comfortable with them. If you have an approach anxiety problem you can definitely learn a lot from this program.

Another thing I love about this system is we get to watch what happens when there’s resistance and how the guys work through it. There’s a video where Josh repeatedly asks for a married woman’s phone number. She repeatedly shuts him down but he eventually gets it. I don’t know if he ended up hooking up with her or not but that’s not the issue—the point is watching and learning from what he does to overcome resistance and adopting it into your own reality.

There are some secret tips in my video review (at the top of this page) that I don’t disclose but I do state how useful these tips are to me. I was impressed when I heard them and will definitely utilize them.

I can’t give them away but one conquers a woman’s resistance when you’re trying to get her out of the club (it makes her feel weird for not leaving with you and she won’t like the feeling she gets for acting defiant) and another awesome tip that comes to mind is actually another line to say to overcome resistance from a woman (completely different from the other line—as mentioned this program is awesome at overcoming resistance).

One section in this system is titled Pickup Theory and it’s awesome.

In it Josh and John outline how they do pulling and seeding the pull. Pulling is getting a woman out of the bar/club/wherever so she goes home with you. Seeding the pull are the things you say prior to the actual pull so she’s more-likely to agree to go home with you.

Also, logistics are covered in this section: the obstacles standing in your way from banging her. This includes her friends, cock-blocks, etc. Josh and John advise you find out her logistics ASAP—literally the first minute of the conversation so you’re not wasting your time.

Random thought: If you live near a bar you need this program!

If you’re a fan of Nick Rogue you’ll love this system as there are parallels between this program and what Nick Rogue teaches.

But perhaps my favorite video-based part of the program is the Daygame Extension Section—definitely more of an interest to me as I no longer frequent bars very often.

When you buy the system pay special attention to the Nerdy Talk 2 Day Frame—you’ll learn a ton on the subject of authority and how to attract a woman using it.

My two favorite information-packed portions of the program are The Pillars of Seduction as well as the 30 Day Challenge.

The Pillars of Seduction is a section outlining everything you need to do from start to finish to seduce a woman and take her home with you. This section is ultra in-depth and includes the following:

The Pillars of Seduction:

This section explains and outlines EVERYTHING.

As mentioned, I also love the 30 Day Challenge section. This portion of the program is like a homework assignment—it tells you what you need to do to get better with women and experience results. So many guys go through a program, don’t apply it to their life and as a result they earn no results.

I challenge you to buy this program and to do the 30 Day Challenge. If you do there’s no way you won’t be better with women—you’ll experience success with women if you do this challenge. The assignments are outlined in detail—if you do them you’ll thank me.

This section alone is more than worth the price of the program.

I suggest you CLICK HERE and buy the program with all its bonuses this very moment.

Though since this is a review and I pride myself on being honest and helpful I want to include the teaching points and videos I don’t like:

The video Near Pull With Tons of Principal Applied is annoying to watch because they’re begging a chick to go to their place and it borders on pathetic. When John receives these negative signals from the woman he needed to realize the chick isn’t going over to his place and he’s coming off as beta (beta = a wuss-bag).

Another thing I found annoying is John always tells women he used to work in defense contracting. Chicks don’t care. To hell with going out to a bar or a club and talking about work to a chick because women don’t want to be reminded of work—they’re at the club to have a good time—not think about work and bills. They want to have fun.

In one video, a sexy 19-year-old states to Josh and John, “You seem like you’re trying too hard.” And in this instance she’s right. The good news is any guy who buys this program and gets over his fear of approach will most-likely have better conversation skills than Josh and John.

I also believe John compliments a woman’s look way too much—(case in point the video titled Asian and Turkish Instadate). You don’t think this babe has been told this before? John gets borderline creepy in this video; he repeatedly asks the woman if he can kiss her and he comes off as a total beta.

I also disagree with Josh and John’s claim that a man must touch a woman right off the bat. So many gurus say this and it’s not a hard-fact. I go into this point in-depth in the video located at the top of this page.

Also, in the Pickup Theory video section Josh and John say they badmouth and make up lies about random guys they don’t even know merely to get women to not like these random guys. This is weak as hell. It’s a super beta thing to do. If you’ve got to lie and badmouth random people in an attempt to attract women you lose your dignity and self-respect.

I mention a few other specific points or moments I don’t like or respect in the video at the top of this page (being rude to the P.F. Chang Waiter as well as the guise of hiring women for a promotional gig merely to get phone numbers).

Although there are some things in this program I don’t like and/or respect I do believe (as a whole) this is a solid dating and seduction program with some new ideas and secret tips that will benefit any man whether he’s a beginner, intermediate, or advanced.

The good news is the program comes with a 100% money-back guarantee so there’s no excuse not to buy this system and learn from it.

And if you do, shoot me an e-mail at enlightenment@guycodeacademy.com and let me know how you like the Seduction Mindhacks Live System and how it’s impacted your life.

Again, I hope you found this Seduction Mindhacks Live review to be beneficial.

If you’re tired of your current reality with women and you want to experience what it’s like to attract beautiful, fun, sexually open women …

…Make Certain You Click Here to Watch a Short But Super Informative Presentation Josh & John Made for the Seduction Mindhacks Live System.