*Jason has repackaged his Make Women Want You program and renamed it Make Small Talk Sexy.

Get Jason’s Make Small Talk Sexy program at 85% off the lowest price with 6 extra bonus programs by CLICKING HERE.

Before I begin telling you about The Make Small Talk Sexy System I have a back story I feel I need to share.

She was a magazine cover model, and we dated for almost ten months. I was close to actually proposing to her (I had even asked her dad for his consent—which he did give) and I even bought the ring. 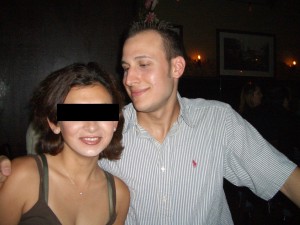 Did I Mention I Was a Grade-A Wuss-Bag?

But everything went downhill with the girl… and looking back, I now know why. I had attracted her by doing all the right things, but I didn’t retain her because I started acting like a wuss-bag. I let her get away with things—such as being a bitch—and her attraction for me waned.

And I know she didn’t have the heart to break up with me, so instead, she just acted mean toward me until I ended it with her. At the time, I couldn’t understand her dramatic change; but looking back on it, I now understand everything.

Since that time in my life, although I’ve purchased A LOT of dating and seduction programs, I’ve only ever met one dating guru in real life—and his name is Jason Capital.

Jason is a badass. Like me, he doesn’t give a fuck about what people think about him, but I admit—Jason is much more fun a guy than I am. The guy radiates a badass confidence.

And although I can attract women better than 99% of guys out there, I can admit that if I was in a bar and Jason and I were trying to attract the same woman, chances are, Jason would be the one getting her attention.

The dude knows his craft, takes it seriously, and like I said—he’s just a badass. He knows exactly how to attract a woman—from his look to the clothes he wears, to what to say, to how to act.

Though I should mention, if he’s anything like me, I’m sure his interactions with women are so natural he doesn’t have to think of what to say because being a confident man who’s selective is engrained in his soul.

Jason is a high-status male, period. And when he offered me a spot at one of his workshops, I went.

And when I met him I realized he’s a 1 in 10,000 kind of guy—he walks the walk. And I was also impressed with how seriously he takes his craft—Jason spends endless hours reading about the psychology of attraction, seduction, confidence and charm. 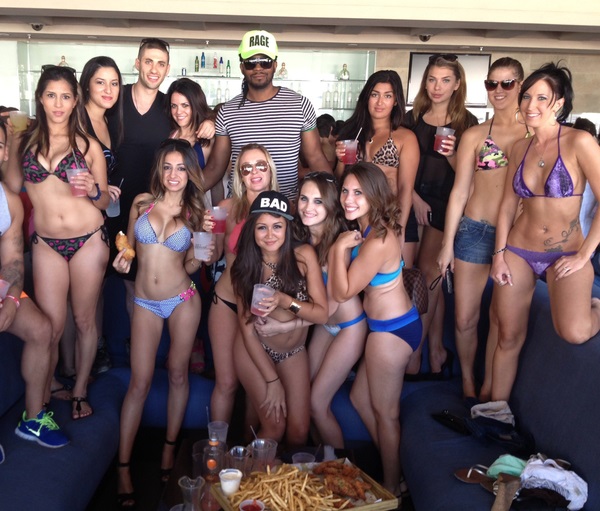 Jason’s the One Wearing the Black Shirt

He’s a hard-worker, he busts balls, and he’s serious about turning his students into men who can attract beautiful women into their lives.

Meeting Jason was very cool. And it was interesting to meet the other guys in the seminar—we were of all ages. One guy was only nineteen years old while there were a handful of men who were in their mid-to-late-fifties (and one guy had to be in his sixties—a nice grandpa-like dude).

I’m convinced Jason’s teachings will work for a man of any age. After all—Jason is all about teaching men how to be “badasses with women” and as I’ve learned, women want a confident, fun man who doesn’t sweat the small stuff.

As mentioned, when I met Jason at his workshop, I learned A TON. I took a lot of notes, and the quality of the information Jason taught us was very good. And because of this experience, I decided to buy Jason’s other programs to see what else I could learn. I wasn’t disappointed. 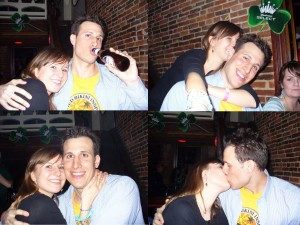 The Make Women Want You System is exactly what the title suggests; if you take the concepts Jason teaches you and you apply them to your own life, you will see positive results guaranteed. And by positive results I mean not only attention from women, but having the power to seduce and enjoy women.

One thing I like about the system—and Jason’s teachings in general—is you don’t have to change who you are for these techniques to work. This program doesn’t consist of sleazy pickup techniques or goofy gimmicks designed to somehow trick woman—Jason’s teachings are designed to make you the best man you can be—and it’s all very effective.

If you don’t believe the statement women want sex even more than men then you need to check out this system—because women want a man who trigger attraction within them. And being a boring nice guy or a needy wuss isn’t going to get a woman horny—EVER.

And take it from me—women do like nice guys—but only the kind who also possess confidence and an I-don’t-give-a-fuck attitude. And fact is—there are far fewer men of this caliber than there are beautiful women—which means if you happen to be one of these guys you can seduce as many beautiful women as you want.

And because I know Jason, If you click the link below I arranged for Jason to add numerous bonuses that will be included with you order:

I hope you enjoyed reading my Make Women Want You review seduction program by Jason Capital.

So there’s really no excuse not to give The Make Small Talk Sexy System a try at the cheapest price available.

And if you do, shoot me an e-mail at enlightenment@guycodeacademy.com and let me know how you like The Make Small Talk Sexy Program and how it’s impacted your life.

Again, I hope you found this Make Women Want You review to be beneficial.

If you’re tired of your current reality with women and you want to experience what it’s like to attract beautiful, fun, sexually open women…

…Make Certain You Click Here to Watch a Short But Super Informative Presentation Jason Capital Made For The Make Small Talk Sexy System.