Whether you’re seeking to seduce one woman, multiple women, or one woman in particular, one thing remains the same—you MUST be attractive to these women.

This sounds obvious, but lots of men do things that are BLATANTLY unattractive, and if they took a step back and analyzed their actions, they would realize that they’re shooting themselves in the dick.

And no worries, because you’ve come to the right place; I’m going to give you a quick lesson on how to attract all things female.

And first thing’s first, I’ll tell you what: looks, money, and a great sense of humor won’t get you laid on a consistent basis. I say this because I’m an above average in the looks department, have never been broke, and I’m actually pretty funny (I write jokes for comedians on a professional level).

But guess what? There was a time when I was striking out with sexy women, despite the fact I was funny and attractive. So why did this happen and what changed? Well, all the changes came from inside me.

I shifted from the mindset of being overly-nice, buying a girl gifts, and being a needy affection-seeking wuss-bag and adopted the traits you’ll read below.

And here they are…. 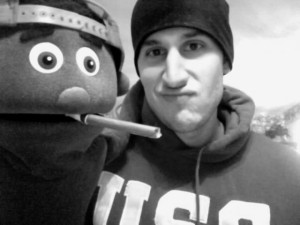 1) Not Giving a Fuck: There was a time when I cared about the stupid things in life: namely what people thought about me, if a girl liked me, and if I had any physical imperfections (such as a pimple). These thoughts drove me crazy, and having them meant I had low self-esteem.

How did I get over these loser behaviors? Well, to be honest, it took a while. I gradually stopped caring what people thought about me or whether or not people liked me, because I realized none of that mattered.

And when I realized these truths, I began to do what I enjoy, hung out with people I liked being around, and continued to on my inner-game (affirmations, reading a lot of books, and not only accepting but appreciating who I am as a person). And when you do these things, you become a man with….

2) Confidence: Genuine, calm CONFIDENCE is the easiest way to get women. And a byproduct of confidence is not giving a fuck. But it goes MUCH further than that. Because women can smell confidence, and when they do, they want more.

And let me be clear—confidence is real. Cocky is not. Cocky is what unconfident men are when they’re attempting to come off as confident. Cocky breeds competition, jealousy and resentment. Confident breeds only good feelings.

For one, stop hanging around with ANYONE who disrespects you or puts you down. Why? Because that person is a miserable asshole, and he or she puts you down to feel better about himself/herself.

What else? Well, as mentioned, DO WHAT YOU ENJOY. Because when you get good at something, even if it’s a hobby, it builds confidence. And when you know and accept yourself for who you really are, you realize what will truly make you happy.

And another thing that builds confidence, which also happens to be a great way of attracting women, is to…

3) Volunteer: Now, I don’t want you to go out volunteering because you think it will get you laid. I want you to volunteer because it’s all part of helping and giving back.

Whether you go to a shelter and play with the dogs, help build a house for Habitat For Humanity, or go to the local homeless shelter and help feed those in need, you’re going to feel good about yourself because you made the world a better place.

And doing things for others is going to make you a compassionate person. And that might sound like wussy-behavior, but it’s not. Because helping others and assisting those in need makes you…. 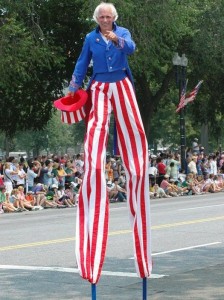 This Man Does What He Wants….

4) Be a Leader: When I was in high school, I wasn’t a follower, but I sure the heck wasn’t a leader, either. And it isn’t so much that you need to be a leader as it is not to be a follower. A follower is a mindless person seeking acceptance, and that isn’t appealing to women.

Being a man who can think for himself and does what he wants is a rare trait. But to women, it’s a sexy quality. Because when you’re living life on your own terms, you’re doing it YOUR WAY. So don’t be disingenuous to yourself.

For example, if you dislike a particular band, don’t pretend to be a fan of them merely because you think that band is what the other person likes. Always be a man who possesses 100%….

5) Honesty: Wussy guys tend to agree with people—especially women—in hopes of being accepted. Fuck that. That’s not being genuine.

I can honestly tell you guys… when I disagree with something a woman says, they don’t stop liking me. Because they know I’m an authentic man.

Now, that doesn’t mean I go looking to argue with women, because that’s being inauthentic. I’m a very honest person. Lying makes me feel ill; it’s as if I cheapen myself when I lie. I have a code of conduct, and honesty is at its core.

And yes—sometimes a woman doesn’t like what I have to say, but if she has a solid core, she’ll appreciate it and she’ll admire the fact I have the balls to be honest with her. And being honest won’t just serve you with women, but in business.

For example, if you think something your boss says is incorrect, correct him. I wouldn’t necessarily advise correcting him in front of a group of people, but if you talk to him one-on-one (and he isn’t a weirdo who has issues), he’ll appreciate your honesty.

Actually, all of the traits I listed will serve you in other realms of your life. So adopt them into your reality and keep reading, because I’m not yet finished!

6) Be masculine: Women are feminine, and they enjoy feeling feminine. Men are supposed to be masculine. This is a fascinating and interesting subject, and it can be broken down into a lot of parts, but I’ll keep it short.

Pop quiz: Do you think a guy who talks in high voice and has shifty body language (can’t maintain eye contact, has bad posture, walks around with slumped shoulders while looking down at the ground) is going to get women? Of course he’s not! Because that’s not masculine.

I’ve crossed the point where I don’t even think about being masculine, but women tell me I’m masculine. I lift weights, have a deep voice, and look and act masculine. It works for me.

I have a buddy who’s super tall and super skinny, but he doesn’t act like a wuss. He also has a ridiculously deep voice. And he has a lot of tattoos. And he gets women. 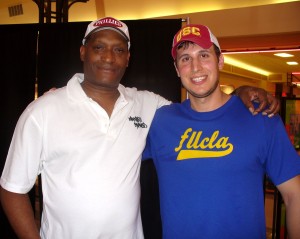 Look at actor Tony Todd (he played the killer in Candy Man as well as ‘Death’ in a bunch of the Final Destination films). He has one of the coolest voices ever—it’s his calling card. It’s deep, hypnotic, and unique. There’s no doubt in my mind he’s seduced many women using his blessed vocal cords.

I believe that acting masculine is more NOT ACTING FEMININE than it is actually trying to be masculine. So to be masculine, be yourself, but don’t ever act like a feminine wuss-bag.

7) Go After What You Want: This is huge, and it’s a natural bi-product of possessing the other traits on this list. For example, in the past, I’ve been SUPER guilty of seeing a woman I’m interested in and not approaching her.

Even now, approach is the weakest part of my game. And I avoided it for years because I got very good at meeting women online.

But as I’ve grown more confident, I’ve learned to go after what I want. This is why I’m now much better at approaching (because what’s the worst thing she’s going to do? Say NO?), asking for what I want, and going after what interests me (such as building this website).

And trust me—when a woman sees a man who goes after what he wants, she gets aroused. And a lot of guys have it wrong: with the exception of gold diggers, the majority of women aren’t into guys with money—they’re into the traits these men possess; because successful men tend to have attractive qualities.

8) Have Fun: It sounds like absolute common sense, but if you want to attract women and keep them interested, JUST HAVE FUN! Women don’t want to experience wussy-behavior. Don’t ask a woman if she’s having fun. Fuck that. Make certain you’re having fun, and chances are she’s having fun also.

But of course, there are exceptions. If the chick doesn’t like video games, she probably won’t enjoy playing Assassins Creed with you (but if she does—marry her!), but in general, if you’re enjoying yourself, don’t sweat it.  Unless she’s boring, she’ll be having fun also.

A lot of men shoot themselves in the dick by putting a woman up on a pedestal and catering to her. That shows the woman you believe she’s better than you.

And take it from me—hot women are (for the part) just like every other woman. If you treat a beautiful woman the same as you treat a woman you’re not interested in, you’ll be a hell of a lot better off than acting like a wussy. 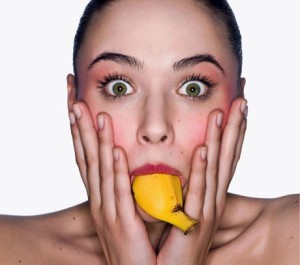 I Think She Likes You….

9) Be High-Status: A high-status man is a guy who’s successful, doesn’t settle, and is content with whom he is. For all men, I would advise for you to get your life in a good place before you try to meet women.

Why? Because if you’re not happy and confident, you’re going to experience a whole lot of misery when it comes to women.

Women want a guy who enjoys a full, pleasant, satisfying life. These men are rare, and women want to (in no particular order) meet, date, fuck and marry these men.

10) Roll with Attractive Women: I admit—I had a problem with this one. Because whenever I met a good-looking woman, I would usually end up fucking her. And that’s awesome and all, but…

…if you can remain friends with a few attractive women, you will experience the joys of what they can provide, namely social acceptance.

What do I mean? Well, let’s say you’re at a bar. What do you think will get more attention from the random women at the bar… you walking in with two of your guy friends, or you entering with two attractive women? BINGO!

When women see you with attractive women, they wonder, ‘What does that guy have?’ And chances are, women will APPROACH YOU.

And I should add, women are very social creatures, so having friends who are female will get you into parties, and that’s a great way to meet new people and expand your social circle.

I hope these points on how to get a woman to want you have inspired you to take action. Also, one thing that REALLY helped me attract women was reading a seduction book called The Tao of Badass.

To read my Tao of Badass review, CLICK HERE.

And if you would like to save some time and check out my super beneficial Tao of Badass INFORMATIONAL VIDEO, CLICK HERE.