The majority of the guys I coach come to me as the typical, cliché ‘nice guys’.

It’s wonderful these men are good, honest people—we can definitely agree on that.

Yet they find themselves thrown in the friend zone by any woman they desire to be more than friends with and for this reason they seek me out for help because they’re sick and tired of it.

In fact, I was once a ‘nice guy’ myself. 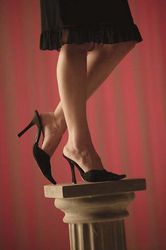 I look back on my behavior and laugh. I wasn’t confident and I put any women I liked up on a pedestal—meaning I acted like she was a goddess and I had to put her needs first in hopes of getting her to like me and wanting to date me; I believed she were somehow better than me.

And of course, when I acted like a wuss I got very confused when the woman felt ZERO attraction for me.

Of course, it all makes sense now and I realize the error of my ways.

And now that I live a reality where I date and enjoy ladies most guys would give their left nut to speak with—let alone date—I can laugh at my prior wuss-bag actions and pat myself on the back.

So let’s get to the good stuff….

…when you meet a woman you’re interested in you MUST do something I call making your intention known.

You’ve probably heard the old saying: “You only have one chance to make a first impression.”

It’s an old saying because it’s absolutely true, stands the test of time and is very important to realize as human behavior doesn’t tend to change.

When you meet a woman—whether through friends or on a whim—you will have much better results in having her be attracted to you if you implement what I have written below.

To begin, the majority of guys make one of the following two mistakes when they meet a woman they’re interested in:

1.They act like the stereotypical nice guy, hoping the woman will like him because he’s so wonderfully sweet.

This doesn’t work because being a ‘nice guy’ is A) Not masculine B) It’s manipulative to the woman and she can see right through it.

Not sure what I mean?

Go to a used car lot and see how the used car salesman acts toward you—he or she will act like your best friend and it will come off as quite inauthentic. They want something from you (for you to buy a car) just as the ‘nice guy’ badly wants a woman to like him.

Being the ‘nice guy’ will not catch her affection and at best it will land you in the friend zone.

2. They come off too strong—meaning the guy comes off as an inauthentic try-hard—this is usually achieved by amateur pick-up artist guys who are new to the world of self—betterment: males who think they need to come off as witty or smooth but they do it in such a way that is inauthentic and shows he lacks confidence (more on this later).

Instead, you must come across as being, fun, flirty and having strong sexual energy. Unlike number 2 above, you must do this in an authentic manner; it’s not what you say but how you say it and how you convey it using your body language.

To properly make your intention known with a woman you must possess excellent body language; and when this is achieved you’ll have a huge advantage over most guys who have weak body language.

Here are some body language tips that seem to be common sense (yet most guys do completely wrong):

-DON’T cross your arms. It closes you off and makes you unapproachable 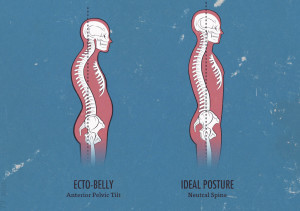 Your Posture Shows Women How You Feel About Yourself

Also, be cognizant as to any bad habits that could reduce attraction such as repeatedly saying “Umm” or by letting the pitch of your voice get too high.

Your body language dictates how people will treat you. If your body language is strong wonderful things happen: women will be attracted to you, other guys won’t mess with you and the world will reward you.

Also, women will notice a guy with strong body language and think, There’s something about that guy….

As mentioned in the video above, guys often come to me (and other dating gurus) and want to know the magical pick-up line to say to a woman.

To prove this, I’ll tell you about one of my friends from Brazil. I met her on the Tinder dating app last spring. She was visiting on vacation as her brother does business here in Los Angeles and she accompanied him on the trip. 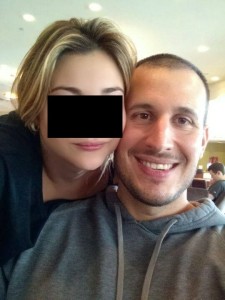 My Brazilian Friend and Me

She and I matched on Tinder and although she spoke little English we arranged to meet at a bar a few miles from my house.

She apologized for her ‘bad English’ numerous times on our date yet from the moment I met her the attraction was CRAZY.

After talking and enjoying the insane chemistry we began to kiss and were making out like fiends in the booth we were sitting in.

Long story short, I took her back to my house and we had a great night and I even saw her once more (it was literally the day she left Los Angeles—her brother was at a meeting and I went to her hotel room for some more USA-Brazil foreign relations).

Point is—what you say DOESN’T MATTER. Sexually confident body language IS UNIVERSAL. I’ve even gone to bars and clubs with friends and we take great joy in thinking of the most ridiculous opening lines and daring one another to approach a woman and say that particular line.

And it works—because even a stupid line like, “Hey, I think you’d look way hotter if you wore Velcro shoes with that dress” will work if your voice tonality and body language are strong.

I had one student who repeatedly found himself as ‘the male friend’ who would have to hear the women he liked whine about the guys these ladies were dating or talking to at the moment.

He finally had enough of that nonsense and desired to get out of the friend zone with women. After a few months learning from me he began enjoying the single life, ended up meeting his dream girl and now he’s happily engaged.

He went from being ‘the nice guy’ and the pushover to a man who possesses STRONG MASCULINE ENERGY.

Now, how does one possess strong masculine energy?

For one, keep it real. Don’t be agreeable with a woman when you don’t agree with her. If she says something you disagree with then CALL HER OUT ON IT.

This shouldn’t be done in a disrespectful manner but when it’s done correctly she will respect you and your opinion and you’ll stand out as a masculine man who can think on his own. 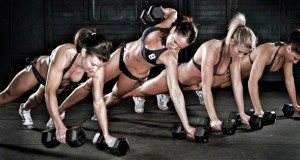 A hot women deals with beta, wussy ‘nice guys’ every single day. Guys kiss her ass, tell her how great and beautiful she is and attraction is not created.

Women want AN EQUAL. They want to be challenged.

Of course, when I say this a lot of guys get it wrong and act like an idiot to a woman, thinking they’re being a challenge when in actuality they’re being an inauthentic jerk.

BE AUTHENTIC. BE REAL.

She will respect you because it’s such a refreshingly rare trait.

Answer this—when having a conversation with your friends do you always agree with them?

Sometimes you won’t. You’ll call them out, argue, crack jokes and let your opinion be known.

If men talked to women they liked this way they’d be so much better off than the scores of guys who agree with her, kiss her ass and put her on a pedestal.

When I go out I enjoy having fun and when I meet a woman I’m interested in I keep it authentic, keep the vibes positive and tend to tease her and absolutely love it when I meet a woman with some depth; nothing is better than having a good conversation with a confident woman as it’s a beautiful thing.

I hope you enjoyed my Boldly Making Your Intention Known With Women article. Learn from it and implement its teachings into your life and you’ll see positive results.

Feel free to comment below—especially if you have any questions. I’m here to help you.